Even as far back as the days of William the Conqueror, the French have always known a thing or two about stone. Almost one thousand years later, his buildings and his stone are still impressing us British.

The History of Caen French limestone in England

Dating back as far as the 11th century, some of the greatest English historic buildings were built with French stone. Canterbury Cathedral, Westminster Abbey and Tower of London were all built from Caen limestone which was brought over by WiIliam the Conqueror. 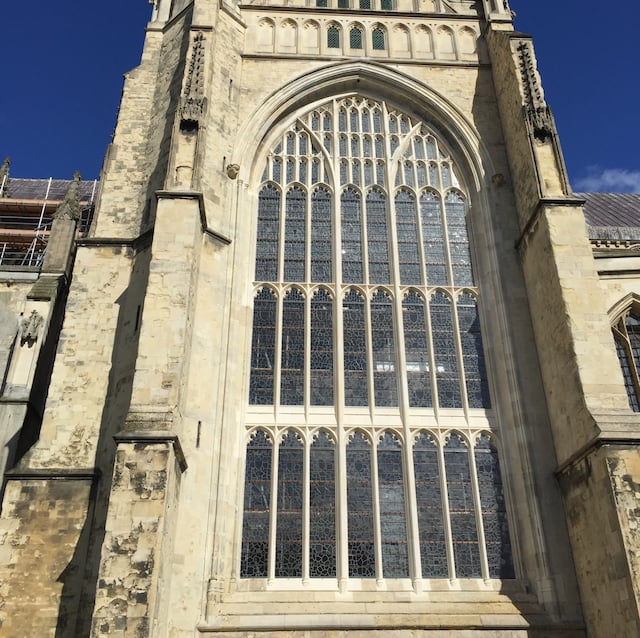 But prior to that, Caen limestone was first used as a building stone by the Romans in the 1st century. Then, around a thousand years later, the quarry produced the limestone that was shipped to England following the Norman Conquest in 1066.

It was the preferred building stone of the Normans and was often used ahead of the local British stone. The Norman builders would have been familiar with the stone and, as it was quarried in their own land, it would probably have been easier and cheaper for them to use.

The Caen stone continued to be popular and in 1120, Reading Abbey was built from the stone. Coincidentally, the Abbey was once the home of Reading School which was my old secondary school. (It had long since moved to different premises elsewhere in Reading by the time I attended.) The now ruined Abbey is just a few miles from our Amarestone office. 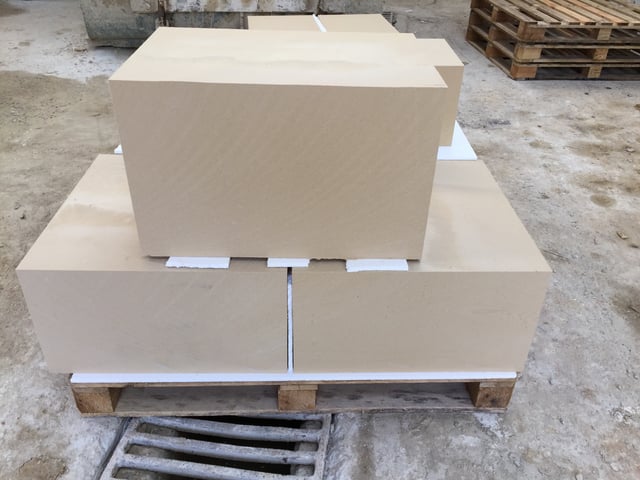 Wikipedia lists some examples of where this historic limestone has been used: 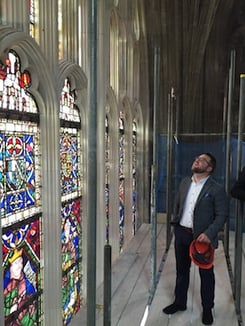 Recently, the supply of Caen limestone in any quantity has become more difficult as the bed of good quality stone in the quarry is diminishing. So in order to maintain a supply of limestone that can be used for the restoration and repair of these historic buildings, efforts have been made to identify alternatives from other quarries that have similar properties.

One such stone is Lavoux from the south west of France. This stone has been approved for the restoration work currently taking place at Canterbury Cathedral and has also been used extensively in York Minster, Gloucester and other UK cathedrals and heritage buildings.

The image here shows one of Canterbury's own stonemasons showing me the new Lavoux limestone in place in the Great South Window at Canterbury. The cut to size rectangular blocks were delivered to the masons who then carved the intricate tracery that holds the centuries old stained glass windows that are such a famous part of the cathedral.

If you would like to know more about Amarestone, please download our brochure which explains how we work and how we can help your natural stone project be successful.