Back in the mid 1990's, I visited the Alhambra Palace in Granada on a family holiday and was completely awestruck by the serenity of the buildings and the gardens and, particulary, by the Lion Fountain in the Courtyard of the Lions. It made a lasting impression on me and I would highly recommend a visit to Granada to see the Palace. 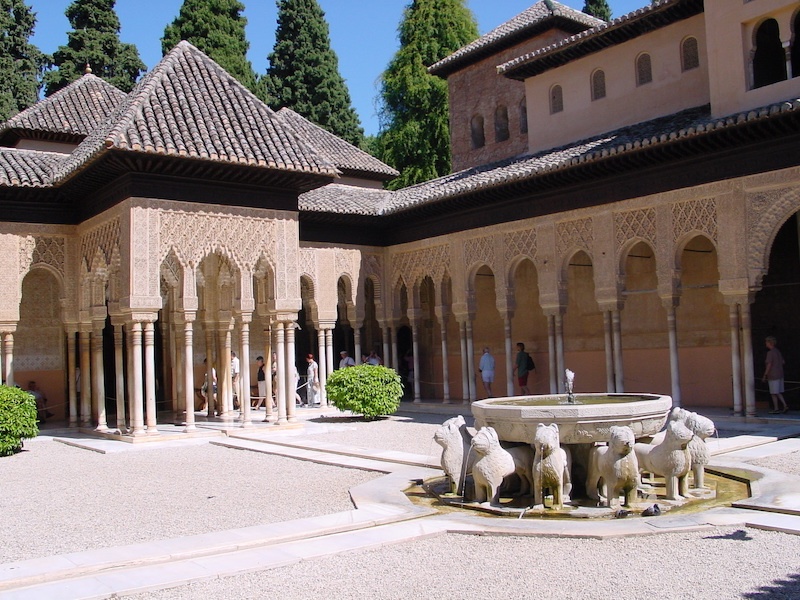 Courtyard of the Lions

I never expected that, almost 20 years later, I would visit the quarry that produced the white marble lions and the marble columns in the courtyard. 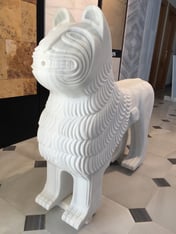 The 12 lions that surround the fountain were carved from the white marble that was excavated from the hills around Macael back in the 14th Century. However, the history of the quarry goes back far beyond that. There was evidence of a marble industry in the area dating back almost 5000 years. This makes it one of the oldest marble industries in the world, according to the President of the local Macael Marble Association.

I was lucky enough to be invited out to Almeria and Macael by Extenda from the Spanish Andalusian Government as part of a trade mission that was made up of stone industry business owners from all over the world. My colleagues on the trip came from Poland, Belgium, Morocco, Dubai. USA, Brazil, Guatemala, Chile and Peru. I am very grateful to Extenda for inviting us and hosting the trip so well.

During the course of the 5 day visit, we met quarry and factory owners from 16 different marble businesses in and around Macael and then went on to visit the quarries and a dozen of the key stone processing factories in the town. At the end of the week, we were invited as guests to the Macael Marble Awards Ceremony which recognised projects around the world that used the local Macael marble. 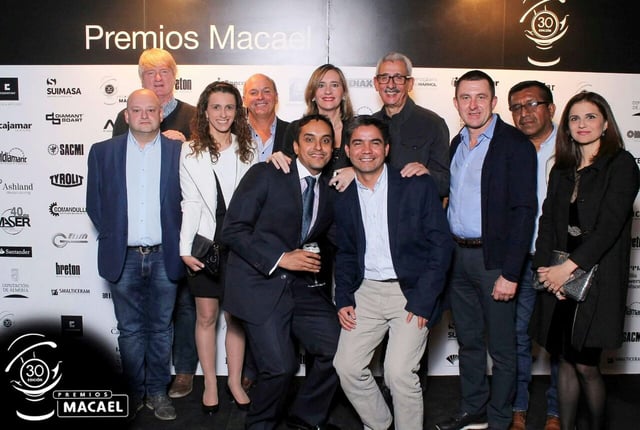 I had heard of Blanco Macael, the white Spanish marble, before the trip but I hadn't realised that the same quarries also produced high quality Grey, Green and Yellow marbles. 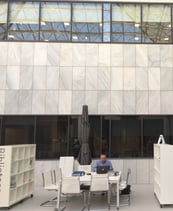 It's easy to imagine the grey marble coming from the same quarry as there are distinct similarities with the white one. But the green (Verde) and the yellow (Amarillo Alhambra) marbles are very different in appearance. You can see these different colours on our main Spanish Marble web page.

The Macael marbles are impressively strong and have been used as flooring, cladding and carved objects for centuries. In the UK, we have seen the white Blanco Macael used as flooring but in this image, we see it used as facade cladding in one of the biggest factories in the town of Macael.

An added bonus is that these marbles are frost resistant and can be used outside in the UK. They have already been used successfully outside in Scandinavia where they have a good track record. There are many installations as flooring in shopping centres around the world so they can also take a very high footfall.

To see more Spanish natural stone, have a look at our web pages dedicated to Spanish Limestone and Spanish Marble.

Our brochure explains how we work and how we can help your natural stone project be successful.